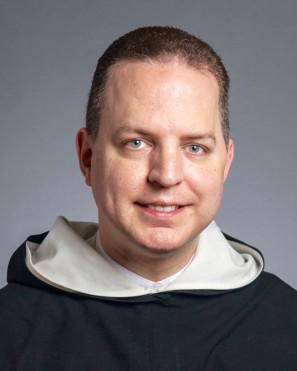 Fr. Petri was born in Detroit, Michigan, and grew up in Madisonville, Kentucky. He initially studied to be a priest for the Diocese of Owensboro and entered Saint Meinrad College Seminary in 1996 before moving to the Pontifical College Josephinum in 1997 where he earned a Bachelor of Arts degree in philosophy. He then received a Baccalaureate of Sacred Theology from the University of St. Mary of the Lake/Mundelein Seminary in Chicago in 2002. Entering the Order of Preachers in 2004, Fr. Petri was ordained a priest in 2009. He has a Licentiate in Sacred Theology from the Pontifical Faculty of the Immaculate Conception and a Doctorate in Sacred Theology from The Catholic University of America. Prior to his appointment as Vice President and Dean of the Pontifical Faculty of the Immaculate Conception in 2013, Fr. Petri was an Assistant Professor of Theology at Providence College in Rhode Island. He is a member of the Society of Christian Ethics and the Academy of Catholic Theology. He has published articles in Nova et Vetera and in The National Catholic Bioethics Quaraterly. He is also a contributor to Catholic News Agency and The National Catholic Register. His book, Aquinas and the Theology of the Body: The Thomistic Foundations of John Paul II’s Anthropology, was published by CUA Press in 2016.

In 2012, Fr. Petri was named a clergy-Knight of the Equestrian Order of the Holy Sepulchre of Jerusalem. On February 10, 2016, Pope Francis commissioned him a Papal Missionary of Mercy for the duration of the Jubilee Year of Mercy. Then on November 21, 2016, the Holy Father confirmed Fr. Petri’s ministry and faculties as a Missionary of Mercy donec aliter provideatur (i.e., indefinitely or until other provisions are made).