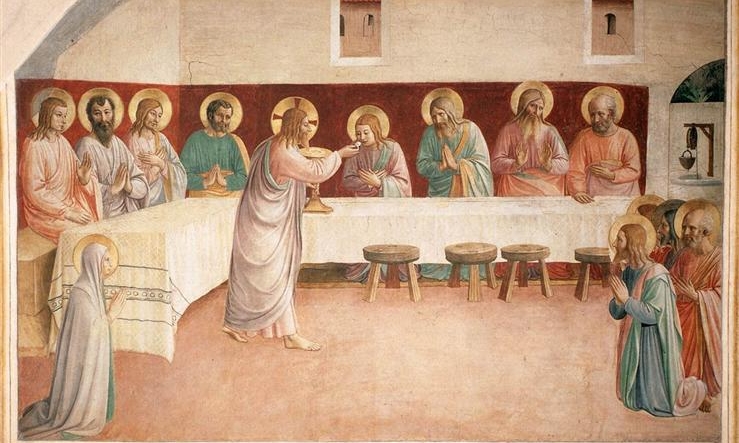 At a convent of the Missionaries of Charity, my mother once made twelve bags of food to give to the homeless. She and the sisters then went to one of their usual spots in my hometown to hand out the bags of food, where there were never more than twelve people. However, upon arrival my mother discovered that there were, not twelve, but thirty-six homeless. Panicking, she told one of the sisters that they should go to another spot because there would not be enough bags of food for the crowd. The sister replied that my mother should start praying the Memorare prayer. So the sisters and my mother gathered the homeless together, prayed with them, and my mother proceeded to hand out the bags of food. When the last bag was handed out, everyone had a bag in their hands.

This happened when I was a child, and because of it, the Gospel story of the Feeding of the Five Thousand has always struck a special cord in my heart. This story also seems to have hit a special cord with the Gospel writers as well, given that it is the only miracle that is recounted in all four Gospels (Matt 14:13-21, Mark 6:34-44, Luke 9:10-17, John 6: 1-14).

The evangelists knew the significance of this miracle story not only because the miracle itself shows the powerful and providential care of Jesus for his people, but also because of what Jesus is pointing towards in this miracle. This miracle points us to the Holy Sacrifice of the Mass, where Jesus’ sacrifice at Calvary is presented and where Jesus gives his Body and Blood to the Church as the healing food for our souls. In fact, the Book of Revelation even shows us that the same liturgy we celebrate in the Mass on earth is celebrated in Heaven. Each Mass, we should call to mind the communion of saints and angels all around us.

This all came together in the most beautiful way during one of my summer visits home. I was at mass right next to my mother. I watched as a packed congregation on a Saturday noon mass came up for communion. I couldn’t help but see us in the same light as the five thousand whom our Lord looked on with pity. Just as the five thousand were hungry for food, we were spiritually hungry for our Lord. As the apostles stood in the place of Jesus when they brought food to the five thousand, so the elderly priest stood in persona Christi as he slowly distributed the Eucharist from person to person along the communion rail.

Studying to be a priest of Jesus Christ, I can now see how, by reflecting on my mother’s miracle story, Jesus was using that event to point me to something higher. God will always look with pity on his children and will always provide priests of Jesus Christ to offer up the eternal sacrifice of Jesus for the sanctification of souls. Let us remember that every time we come to mass, we are entering into the sacrifice of Jesus for our sins and pray for a renewed spiritual hunger for Jesus in the Eucharist. Blessed are those called to the Supper of the Lamb.

Image: Fra Angelico, The Institution of the Eucharist